The ability to produce cold plasma at atmospheric pressure conditions was the basis for the rapid growth of plasma-related application areas in biomedicine. Plasma comprises a multitude of active components such as charged particles, electric current, UV radiation, and reactive gas species which can act synergistically. Anti-itch, antimicrobial, anti-inflammatory, tissue-stimulating, blood flow-enhancing, and proapoptotic effects were demonstrated in in vivo and in vitro experiments, and until now, no resistance of pathogens against plasma treatment was observed.

Recently, the use of plasma in cancer research and oncology is of particular interest. Plasma has been shown to induce proapoptotic effects more efficiently in tumor cells compared with the benign counterparts, leads to cellular senescence, and – as shown in vivo – reduces skin tumors.

Plasma medicine emerged in the last decade as an exciting new field of research at the interface between physics and the life sciences. Physical plasma can be generated by adding energy (heat or electromagnetic fields) to a neutral gas until the ionized gaseous substance becomes increasingly electrically conductive.

Due to its distinct characteristics compared to ordinary neutral gases, plasma is considered as a fourth state of matter (besides solid, fluid, and gaseous). In modern medicine, high-temperature plasmas are used, e.g., for sterilization of medical devices and implants.

Cold atmospheric pressure plasmas (CAP), however, can also be used for the treatment of viable tissues and thus have become a focus of medical research over the past years. Besides therapeutic applications, CAP is also used for surface modification and biological decontamination.

Some medical plasma devices in the world are certified

A variety of different CAP devices have been developed and tested for research purposes. In general, these can be divided into direct discharge (e.g., DBD: dielectric barrier discharge) and indirect discharge (e.g., APPJ: atmospheric pressure plasma jet) devices. To date, three plasma devices have been certified for medical purposes. In 2013, the medical device kINPen® MED (INP Greifswald/neoplas tools GmbH, Greifswald, Germany), an APPJ, and PlasmaDerm® VU-2010 (CINOGY Technologies GmbH, Duderstadt, Germany), a DBD source, have been CE-certified in Germany by MEDCERT under the norm ISO 13485 ( Figure 2). Subsequently, the medical device SteriPlas (Adtec Ltd., London, United Kingdom) has been certified to be used for treatment of chronic and acute wounds, as well as for reduction of microbial load.

As mentioned above, plasma is composed of a number of different components which all may contribute more or less to its efficacy. While the mechanisms for the efficacy of CAP are not fully understood, it is conceivable that physical components such as UV radiation or electrical current as well as chemical components such as reactive oxygen species or reactive nitrogen species play a role in the mode of action. Numerous effects of CAP such as disinfection (bacteria, fungi, and viruses), tissue regeneration (pH modulation, angiogenesis), anti-inflammation (anti-itch), and anticancerous effects (proapoptotic) have been described.

These effects provide an opportunity for CAP to be used in different applications. Applications of CAP in medicine are quite versatile and include decontamination/sterilization, use in dental medicine, enhancement of coagulation, surface coating of implants, cosmetics and plastic surgery, and treatment of skin diseases, and even the use in cancer treatment is being investigated. With respect to applications in medicine, this review focuses particularly on dermatological applications of CAP which include treatment of atopic eczema, itch, and pain, disinfection (bacteria, parasites, and fungus), treatment of ichthyosis/epidermal barrier defect, wound healing, scar treatment, and possibly treatment of skin tumors (melanoma, squamous cell carcinoma, and basal cell carcinoma. 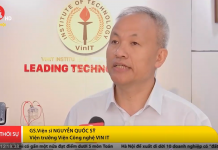