Access to technology information has expanded rapidly in recent years, as a result of the increasing availability of technical documents in digital format and the progressive development of electronic means of distribution and retrieval. As the quantities of technical information available to the public have grown, so too have the challenges of finding relevant information from which useful knowledge can be extracted.

How does the patent system work?

A patent has two important functions:

• Protection. A patent allows the patent holder to exclude others from commercially exploiting the invention covered by the patent and as specified in the claims in a certain country or region in which the patent was granted and for a specific period of time, generally not exceeding 20 years from the filing date.

• Disclosure. The publication of a patent and in many countries patent applications give the public access to information regarding new technologies in order to stimulate innovation and contribute to economic growth.

A patent application may be filed via one of the following routes:

• National. An application for a patent is generally filed at a national patent office and a patent for an invention may be granted and enforced only in that country in which patent protection is requested, in accordance with the law of that country. Corresponding applications covering the same invention can be filed in accordance with the respective national patent laws in different countries on an individual country-by-country basis.

Although procedures vary amongst patent offices, the following illustrates a very generalized procedure for granting a patent:

• Filing. An applicant chooses a filing route, i.e. national, regional or international, and files an application. The initial filing is considered the “priority filing” from which further successive national, regional or international filings can be made within the “priority period” of one year under the Paris Convention for the Protection of Industrial Property.

• Formal examination. The patent office ensures that all administrative formalities have been complied with, e.g., that all relevant documentation is included in the application, and that a filing fee has been paid.

• Prior art search. In many countries, but not all, the patent office carries out a search of the prior art, i.e., of all relevant technical information publicly known at the time of filing of the patent application or when applicable, at the time of the priority filing. Using extensive databases, expert examiners draft a “search report”, which lists relevant prior art.

• Publication. In most countries, the patent application is published 18 months after the priority date, i.e., after the filing date or the priority filing. In general, a patent is also published once granted.

• Grant/refusal. In general, if the patentability requirement is not met, the applicant is given an opportunity to amend the application. If the examination process reaches a positive outcome, the patent is granted and the office issues a certificate of grant. Otherwise, the patent application is refused.

• Opposition. Within a specified period, many patent offices allow third parties to oppose the granted patent on the grounds that it does not in fact satisfy patentability requirements. In some countries, third party observations and opposition may also be allowed in a certain time frame before the grant of a patent.

• Appeal. In general, decisions of grant or refusal of a patent and decisions of opposition boards can be challenged before an administrative body or a court.

The second important function of the patent system is disclosure, i.e., a patent gives the public access to information regarding new technologies in order to stimulate innovation and contribute to economic growth. Though the protection offered by a patent is territorial, covering only the jurisdiction in which the patent has been granted, the information contained in a patent document is global, available as disclosure to any individual or organization worldwide, thus allowing anyone to learn from and build on this knowledge.

Why use patent information?

What information does a patent document contain?

Patent information comprises all information which has either been published in a patent document or can be derived from analyzing patent filing statistics and includes:

In particular, this information refers to the following:

1A group of applications based on a single application as described above is referred to as a “patent family.” Identifying the members of a patent family will not only reveal in which countries or regions patent protection is being sought by an applicant, but may also uncover translations of the application in different languages. 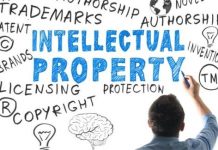 The Value of Intellectual Property, Intangible Assets and their assessment 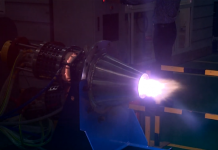 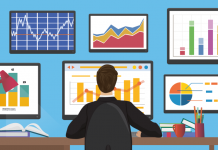 The Value of Intellectual Property, Intangible Assets and their assessment

Kelvin King, founding partner of Valuation Consulting1 Intellectual capital is recognized as the most important asset of many of the...