After 10-12 years Vietnam will face a serious problem: lack of electricity.

However, not only Vietnam is at risk of a serious energy shortage, many other countries will also have to provide electricity on a diet. First of all, there are countries without nuclear power. In the past 15 years, electricity demand in Vietnam has increased by 10% per year, but Hanoi has refused to cooperate with Russia, Japan and South Korea in establishing nuclear power.

From a power exporting country, Vietnam must import energy. Recently, at a press conference in Hanoi with the participation of Siemens representatives, Deputy Minister of Industry and Trade Hoang Quoc Vuong said that this year Vietnam must import 10 million tons of coal to meet demand for thermal power plants. By 2030, this number will increase to 100 million tons. By 2030, the demand for coal for electricity production will reach more than 100 million tons.

Vietnam is facing another serious problem: domestic waste and industrial waste. In Hanoi alone, the total amount of domestic solid waste is about 5,000 tons / day-night. This is also a global trend. Scientists now estimate that there are more than 9 billion tons of plastic waste on Earth. Some countries with large territories are applying waste treatment methods such as burial and incineration, but, these measures cannot be used in the territory of Vietnam – a small piece of land, people more and more inhabitants and large agricultural land.

Russian scientists involved in the activities of Vietnam’s VinIT Institute of Technology have developed a new method: burning waste combined with electricity generation.

We have combined two processes, said Sergey Popov, Head of the Laboratory at the Institute of Electrical Engineering in St. Petersburg, in an interview with Sputnik-Vietnam. – Instead of burning waste we use gasification technology with plasma at much higher temperatures. In this process, waste turns into syngas. It can be used as fuel, and can also generate electricity. The most reasonable option is to build a complex: a plasma gasification plant is located next to a thermal power plant, in which the combustion chamber is normally replaced by a syngas chamber.

Russian scientist makes accurate calculations. The volume of waste in Hanoi requires the construction of 5 such complexes. Each complex is worth 100 million USD. At the same time, there is no need to buy electricity and natural gas and transport them to such complexes. The complex will operate at 60% of the electricity produced by itself, and the remaining 40% can be sold to outside consumers. Each complex with a capacity of about 60 megawatts meets the needs of a large urban area (district). After 5 years of work, 4 times faster than a conventional thermal power plant powered by natural gas, the complex will compensate the investment cost and will start to make a profit. And most importantly, the complex is not harmful to the environment and human health.

We visited Hanoi, Da Nang, Quang Ninh and Ho Chi Minh City, but in this city the total amount of waste is about 8,000 tons / day-night. And everywhere people solve the problem of waste mainly by burial, causing great damage to the environment. And the method of burning waste without pre-classification is harmful to people’s health.

We have held several presentations on new technologies, discussed this issue with potential investors, including Can Tho, Kien Giang, Binh Duong and other provinces in the West. All showed great interest in the project developed by Russian scientists. This is a big project, requiring careful consideration of both parties. Now Russian scientists and Vietnamese investors should start working.

Professor Shi Nguyen-Kuok firmly believes that a developing country like Vietnam can use the most advanced technologies. 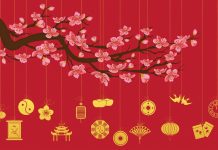 Abstract Wastes emerged to be an opportunity to generate valuable materials and products for human demands. Particularly in non-developed countries,...