Plasma pyrolysis is a state-of-the-art technology for safe disposal of medical waste. It is an environmentfriendly technology, which converts organic waste into commercially useful by-products. The intense heat generated by the plasma enables it to dispose all types of waste including municipal solid waste, biomedical waste and hazardous waste in a safe and reliable manner.

Medical waste is pyrolyzed into CO, H2,  and hydrocarbons when it comes in contact with the plasma-arc. These gases are burned and produce a high temperature (around 1200 °C). In the plasma pyrolysis process, the hot gases are quenched from 500° to 70 °C to avoid recombination reactions of gaseous molecules that inhibit the formation of dioxins and furans.

Public concern over disposal and treatment of medical waste has resulted in increasing regulations and court actions. The phenomenal increase in the quantity of medical wastes generated in the hospitals is attributed to the growing use of disposables, as precautions against exposure to infectious diseases such as AIDS, and in general, to the increase in medical and public health facilities. The generators are included in hospitals, clinics and medical research facilities.

A rule of the thumb for medical waste production in affluent countries seems to be 1 kg per bed per 8 h shift. Hospitals, other health-care units and research facilities in our country produce millions of tons of waste every year.

This waste is often mixed with municipal solid waste dumped in landfills, where it can contribute to environmental pollution.  There are four primary ways to manage hospital waste: landfilling, source reduction, recycling and incineration.

Historically, landfilling was the most preferred means of disposal of medical waste. Public opposition and positive correlation with groundwater contamination have resulted in this option steadily going out of favour. In many countries, medical waste can no longer be disposed in landfills, unless it is so thoroughly disinfected as to pose no risk to human health. This is very expensive.

Burning the waste material in open air can never be complete, with small quantities of many organic and chlorinated organic compounds as well as pathogens surviving. This will lead to dispersal of dangerous diseases. Incineration is currently used to destroy hospital waste, especially biomedical waste and hazardous chemical waste by reducing the volume and destroying some harmful constituents.

The process has many drawbacks, which are described below. Disposal of hospital waste in an environmentally acceptable manner is thus a critical necessity.  Economics of medical waste disposal is also staggering. Associated with this is the increasing cost of safe disposal, estimated in the US at 100–500 dollars per ton. The medical waste disposal market is pegged at $ 1 billion annually.

Medical waste has been classified into two categories:

(i) general waste, which is not potentially dangerous and does not require special handling and disposal, and

Except for a few hospitals, waste is mostly dumped in the open space enabling ragpickers to collect contaminated syringes, cotton, plastics, etc. In many hospitals, medical waste is burnt at dumpsites in an open environment. Landfills used to dump contaminated waste and toxic residue from incinerators, are quite often designed poorly and can pollute ground-water. Oil-fired and electric incinerators are used for the destruction of waste work at low temperature (~ 400–700 °C). The alarming fact is that the statutory secondary treatment of gases at 1100 °C is rarely done. In addition, many small hospitals provide contract to private agencies for the disposal of their waste, and do not even know whether it is destroyed properly or not. Microwave systems are available at two or three places.

Incineration and its drawback

Incineration is merely the burning of waste material in the presence of oxygen. Incinerators have significant air emission control problems. It has been found in a survey conducted in Delhi that incinerators work at low temperatures (400–500 °C). There is a possibility of the survival of pathogens if the incineration is incomplete or done at low temperature. Airflow that is in excess of the stoichiometric requirement for combustion is essential for the incinerator to enhance the combustion process. The demand for excess airflow limits the temperature that is achievable. Due to insufficient temperature generated in the process chamber, incinerators produce extremely toxic products like furanes and dioxins. This can cause air pollution or the toxic pollutants can remain in the bottom ash, eventually finding their way into landfills.

Autoclaves and hydroclaves are commonly used to sterilize waste, which at a later stage is burnt in an incinerator. Both these techniques employ steam sterilization with direct and indirect heating methods. Handling of contaminated waste and use of incinerator for complete disposal make these processes tedious.

Microwave disinfection is a non-incineration process that is used for sterilization (disinfection) of medical waste. Subsequently, the sterilized waste is either dumped along with the municipal waste or is treated by incinerators. The major disadvantage of the process is that the reduction of waste volume is not much. Microwave technique also requires high investment. The process also exposes the workers to a contaminated shredder.

Plasma as the ultimate destroyer

Plasma-arc employing carbon electrodes was first used in 1960s as a source of intense heat. The short lifetime of the electrodes was a major impediment in the successful development of this technology.

With rapid developments in plasma sources, plasma technology was applied to destroy highly toxic compounds and to modify refractory compounds in an environment-friendly way. The abundant ultraviolet radiation in thermal plasma can dehydrogenate organic chlorine. The reactors can process gaseous, liquid and solid materials.  The workhorse of plasma-based waste destruction technology is the plasma torch.

Plasma torches are electrical discharge plasma sources with the plasma being extracted as a jet through an opening in the electrode and out of the confines of the cathode–anode space. The inherent thermal and electromagnetic instabilities of the arc column are stabilized by forced gas flow along the current path or by interaction with a guiding wall or by external magnetic fields. DC, RF and microwave power sources can be used to produce the arc. 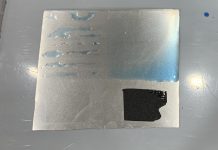 1. Atopic Eczema, Itch, and Pain A case study presented at the 20th International Conference of the Society for Medical...